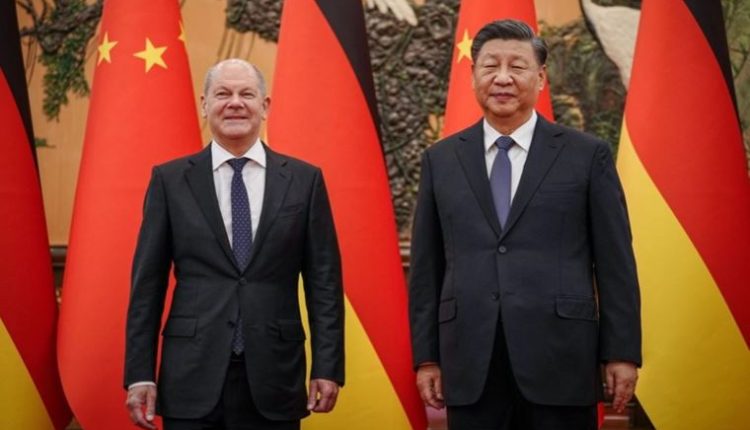 On his four-day trip in Asia, German Chancellor Olaf Scholz (SPD) wants to restore Germany’s leadership ambitions in the international arena. Together with the German Minister of Economics Robert Habeck (Greens), the German chancellor wants to pave the way for a new foreign policy strategy towards Asia. Deepening the relations with the ASEAN states Germany follows the principle of “realpolitik”. Regarding the visits of German politicians to Vietnam, Singapore, and Indonesia (for the G-20 summit) a long-term change in Germany’s foreign policy strategy towards South East Asia, especially China, can be seen.

Germany is shaping a new policy towards China. This foreign policy strategy includes the deepening of relations with the ASEAN states. This time Germany wants to act preventively. At present, Germany is heavily dependent on China for its trade policy. No doubt, his trade policy (246,5 Mrd. Euro trade volume in 2021) with China is very profitable for Germany. However, Germany desires to avoid another possible crisis like the Russia-Ukraine war. A one-sided dependence on a global player with whom the relationship threatens to crumble at any time is a high risk, especially for the German economy. Scholz’s trip to Asia is, therefore, only a logical outcome to avoid another devastating crisis in foreign policy.

The Russia-Ukraine war caused devastating consequences not only for Germany but especially for the whole of Europe. Due to the negative effects in the economic and energy sectors, Europe faces one of its biggest crises in the recent past. With its dependence on Russia, Europe was on thin ice for a long time. However, the realpolitik foreign policy of former Chancellor Gerhard Schroder (SPD) and his successor Angela Merkel (CDU) vis-à-vis Russia did not cause any concerns that relations between Russia and Europe would be in such a crisis as they are now. Both chancellors were able to maintain a balance between transatlantic, European, and Russian foreign policy during their respective periods through their excellent leadership qualities.

The current German coalition government under Scholz acted very quickly in imposing sanctions against Russia. The subsequent consequences in the economic and energy sectors were not thought through well enough. To compensate consequences of their immediate response to the Russia-Ukraine war, Scholz and Habeck are traveling to Southeast Asia to pre-emptively avoid similar mistakes. Given Germany is heavily dependent on China, if a likewise crisis were to happen, it is difficult that either Germany or the whole of Europe could recover from the impacts of such a crisis in the short term. The Asia trip of German politicians can therefore be seen as an approach to rational foreign policy strategy. However, it should also be noted that Germany did not act according to the principle of “realpolitik“ concerning its crisis management in the Russia-Ukraine war.

Germany strives to restore its reputation

Not surprisingly, with the war in Ukraine and the resulting slump in its economic performance, Germany’s reputation özgü also been damaged. Germany was and still is in a leadership position in the European Union (EU). Due to its geographical location, it is not only the economic but also the political hub of Europe. Above all its geographical location brings with it the advantages of being able to act in the economy as a trading state between Western and Eastern Europe. However, this also entails several political risks, as the refugee crisis in 2015 and now the war in Ukraine demonstrated. Germany coped with several crises, especially in the Merkel era, such as the euro crisis, Brexit, and the aforementioned refugee crisis. Even the Crimean annexation in 2014 and the related unrest in Ukraine had a little negative impact on his relations with Russia. Due to this successful crisis management, not only the European member states but also other world states have had quite high expectations of Germany this time. However, Germany did not act as sovereignly under Scholz as it did under the Merkel and Schroder periods. As a result, the country’s reputation as a leader in Europe was damaged. Germany also gave up on its ambitions to become an influential player in the international arena.

Not only Germany but also Chancellor Scholz himself would like to restore his reputation. Scholz is under pressure not only internationally, but also domestically. In the weekly polls, his social democratic party’s popularity is falling steadily. This is mainly due to the above-mentioned non-stable economic performance and increased energy prices, which both have a direct negative impact on the welfare of the German population. The most significant opposition, the CDU/CSU, is on the upswing under Friedrich Merz and could replace the SPD as the leading party in a coalition government in the coming elections.

Tensions can also be seen within the coalition government, especially between the SPD and the Greens. At this point, it should be noted that opposing opinions within the Greens complicate the overall situation within the coalition government. Foreign Minister Annalena Baerbock and Robert Habeck are now seen as rivals within the Greens. While Baerbock represents moral values such as freedom of opinion and human rights in international politics, Habeck tries to revive the struggling German economy through rational policies. Therefore, Scholz özgü a similar stance as Habeck, which is why a joint trip to Asia by the two leading German politicians is no coincidence.

Through the Asia trip, Scholz wants to show his ambitions as a leader in the international arena. The change in Germany’s China policy and the deepening relations with the ASEAN states is a major upheaval not only in German foreign policy towards China but also in the international arena in general. Scholz would thus give German foreign policy a new, “Scholzian” signature. Still, it remains to be seen to what extent this strategy will be successful. Scholz’s leadership qualities will certainly not only be measured by the success of his realigned foreign policy towards Asia. Europe’s stability will also play a major role in the end.

This website uses cookies to improve your experience. We'll assume you're ok with this, but you can opt-out if you wish. Accept Read More